Hugh Howey is one of my favorite writers and has been a great influence on my career.  Early last month, I had the opportunity to meet him.  A lot of indie authors like to do something called “meet ups”.  You see this sometimes on the Kboards or on a particular author’s Facebook page.  Sometimes, if you have online author friends, and they happen to be in the area for a book signing, or in Hugh’s case, Comic Con, they might just put out a call for anyone who is around to come and meet them.  Hugh even brought donuts.

I made the 3 hour drive (should have only been 2, but Comic Con traffic) down to San Diego to meet him.  His hotel, where he was hosting the morning meet up, was literally next door to the convention center.  Since I was there primarily to see Hugh, I got to park at the hotel and it turned out that it didn’t cost me a thing.  I found Hugh and a few other authors and fans sitting at a table in the cafe area near the pool.  I was surprised to see that there was only maybe ten people in attendance.  Which is ironic when you consider how many people were literally lined up to see him next door.

He talked about writing and his process.  He talked about how he puts a lot of importance on theme and how, even though the specific ideas that influence his story may not be what’s in the story, it’s what the story is about.  I was actually a little surprised to learn what Sand and Wool were really about.  It’s been almost 2 months, so I don’t want to paraphrase and mix up his message.  But they go a lot deeper than just dystopian scifi.

He was very open and invited questions, be them about writing, publishing, or his books in general.  He invited those of us who were authors to let everyone there know about our works.

I actually managed to speak.  More than a couple words.  I even jumped into the conversation from time to time and started a couple.  I was proud of myself.  I messaged Hugh after and thanked him for the meetup.  He was nice enough to write back to me and tell me that it was nice to meet me.

Honestly, that Saturday in July was one of the best days of my life.  I got to meet Hugh Howey, which was a big deal for me, I went to Comic Con (more about that next week), I enjoyed San Diego, and, it was just a perfect day.  Well, almost.  I could have gotten a better pic, lol. 🙂

Whether your a planner or a pantser, a story needs to have structure.  The first thought that comes to mind is: beginning, middle, end.  Sure, a logical story goes in that order.  Even one told out of linear progression still, at its heart, has a beginning, middle, and end.  However, if you want to go beyond basic, you should really have four parts.

As you may have noticed, I’ve been having trouble keeping up with my blog the past few months.  It’s like all my motivation just drained from me and left me a tired shell.  I think I can pinpoint most of this feeling to an exciting contract that I had that fell through.  It put me in a funk, and it’s been a tremendous fight to try to get over it.  It might be slow, but I am trying.

Last month I wrote two 10,000 word short stories.  See?  I’m doing stuff.  This month, well, I haven’t written much.  The first of those stories will be in The Future Chronicles, a special edition of the series.  The other story I’m shopping around.  I might even turn it into a novel some day.  Do you like Space Murder Mysteries?  I hope so.

I’ve been getting back into the swing of things with my Mention Monday.  I actually had an amazing month last month, and have a bunch of things to mention.  I just need to start setting an alarm or something so I remember that Monday is Monday.  Too often I find myself realizing on Tuesday that Monday is gone.  Not that I strictly have to stick to alliteration, but I think it’s a good structure to stick with.  I’m thinking that I might bring back Serial Sunday.  I don’t want to over-promise, and I don’t know exactly when I’ll start, but it’s something I want to do.  What will the new Serial Sunday be about?  I’m planning for it to be a companion to Otherworlders.  If you are subscribed to my mailing list, then you probably got a little bonus scene featuring the character Chase.  He was important to the story, and originally had a lot more air time, but a bunch of his story got cut out in the editing process as his character got redefined.  Some people had mentioned that they didn’t feel like they got to know him very well in the novel.  Therefore, I’m planning to create Otherworlders: The Chase Chronicles.  It’ll be an ongoing feature on my blog that explores all the things Chase was doing during the book.  How’d he react when the Otherworlders arrived?  How’d he wind up in the military?  What’d he do when he left Tomas and Samantha?  Who are these contacts he has?  What other missions did he go on?  He freed a lot of people and escaped the government a couple times, and we didn’t get to see all that much of it.  And what really happened between him and Kara during their time together?  And if you think this companion series is a hint that there may be more Otherworlders to come, you might be right. 🙂  Just to warn you, though, it probably won’t happen very fast.  At some point, once The Chase Chronicles is finished, I plan to collect it and put it on Amazon.

I also want to bring back Writing Wednesday, and hopefully at some point, if I can find the energy and muses, Flash Fiction Friday.

So bear with me, I’m still at it, just at a little slower pace.  Thank you for reading my work and following my blog!  I’m grateful for every single one of you.

Like the storied SF collections of the past, The Future Chronicles brings you themed anthologies on the topics you love — Robots, Telepaths, Aliens, Artificial Intelligence, Dragons, Zombies… and more. Each collection combines fresh new voices in speculative fiction with established, best-selling, and award-winning authors. An amazing array of talent has joined together to produce a series like no other.

ENTER TO WIN!
….A 6″ Kindle Paperwhite with the entire set of currently-available seven Future Chronicles ebooks! 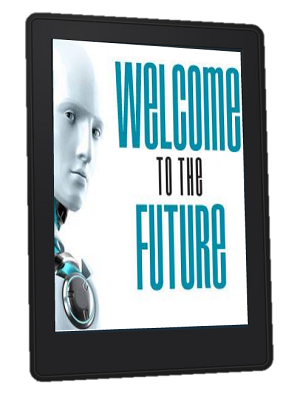 August 10-16 is Future Chronicles Week, here with all the authors and contributors of the Chronicles, and there’ll be giveaways from everyone!

If you haven’t joined the Chronicles Newsletter yet, now’s the time to join! You’re always able to get Advance Review Copies (ARCs) of forthcoming books, as well as the latest news. And you’ll get the Future Chronicles special edition ebook as our thank you.

Or join our Facebook Group, for fascinating SciFi discussions as well as all the latest news on the upcoming Chronicles releases. We are 400+ authors, working together to help create a new Silver Age of Speculative Fiction.

I am a huge fan of Ready Player One.  It is easily one of my favorite books of all time.  So you can imagine how eagerly I awaited the release of Armada.  By now, you’ve probably heard some mixed reviews about this book.  Well, you can add this one to that list, because I know I feel a bit mixed myself.

So I’ve decided to try out this ThunderClap thing.  I ran across it a few months ago, and since then, I’ve seen it used by a few different authors.  I’m not sure about its effectiveness, but I understand the basis of it.  What happens is that people sign up, by which I mean that they agree to either Facebook post or Tweet or Tumbler the person’s message on they day they want it shared.  By sharing it in mass, it is visible to more people and gets more exposure in a concentrated time frame.  Once you agree to share, the share happens automatically on the day of.  I figured the next sale of Otherworlders would be the perfect time to try a thunderclap.

The only downside I’ve seen so far is that if you don’t want to pay for the service, then you have to amass at least 100 supporters.  That said, if you could support the campaign, I’d really appreciate your help!

Recently, I’ve been thinking about changing my cover for Otherworlders.  I do like my current cover, but I feel it’s not as sharp as I’d like it to be.  It also might be difficult to read as a thumbnail.  There’s a trend going on right now about clean, simple images, usually hand drawn, and clear colors.  I didn’t think I would like it, but I’m starting to come around.  So, I mocked up a few possible new covers for Otherworlders, and I wanted to see what you all thought about them.  So give them a look, and let me know if you like any above the others, or if you think I should stick with the cover I have.

I’m excited to be included in another anthology.  And I’m beyond thrilled to be in one that features Hugh Howey.  If you like Scifi and/or Zombies, I hope that you’ll join me at the Facebook launch party on Monday, June 15th from 6pm Eastern (3pm Pacific) – 11:30pm Eastern (8:30 Pacific).  I’ll be hosting at 10:30 Eastern/7:30 Pacific.

There are lots of terrific giveaways, including:

Hope to see you there!  I also hope that you’ll check out the book.  My story is titled:  The World After, and is a scifi survival thriller.

In a high-tech future where humanity has won and zombies are domesticated, one woman discovers the cost of their way of life as she fights to save her own.

Here’s a trailer that I made for The Z Chronicles

You may have seen it plastered all over Facebook, I know that I have, Tor just signed a $3.4 Million dollar, ten year deal with John Scalzi for 13 books.  That’s quite a commitment.  Some writers are saying that he could have made more with a different deal.  Perhaps.  He still gets royalties.  And, honestly, in the publishing business, you can’t beat that kind of stability.

I was just looking at Tor.com and saw that they are currently accepting submissions.  Their novella submissions closes in a few days, so I’m not going to make that deadline.  But they are also accepting short stories.  I happen to have a short story that’s looking for a home, so I’m going to submit.  Hopefully they’ll like it.

Tor appears to be a great publisher of SciFi, among other things.  I’ve heard of Tor before this, but I’m not especially familiar.  However, I’m looking forward to learning more about them.